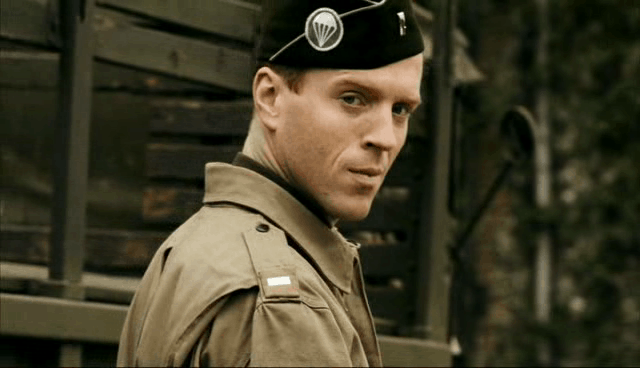 Some people think they’re stuck in jobs they hate. We say think, because at Wingman, we believe that life is for living, and that if your job sucks, that you should do everything you can to get the hell out of there.

Other people, on the other hand, have awesome jobs. It’s our opinion that their jobs are awesome, anyway. They might see their work as simply necessary, but to the rest of us, ship wreck diver and panda breeder are just down right cool. Here are our picks for 10 of the most awesome jobs in the world.

Some very wealthy people own islands. Their islands are usually some place hot, and because the human race is prone to investigate and sometimes steal or destroy other people’s things, private islands need caretakers, to look after the place when the owner is away.

What you’ll need: As a private island caretaker, you’ll need to be happy with your own company. It’s a solitary life for the most part, unless your employer is happy for you to bring your family. You’ll also need to be handy at DIY.

Sure, there’s a lot of reading and research involved, and your opinions are going to leave you open to trolling, but essentially, you get paid to watch movies. Imagine the power, as well, of knowing that people may or may not see a movie because of what you said about it.

What you’ll need: To be able to write well, with hefty dollops of wit and sarcasm. An encyclopedic knowledge of cinema.

Long before you buy that box of chocolates as an apology for being a douchebag, they had to go through rigorous testing. Professional chocolate tasters will think of, execute and then test all kinds of different flavour combinations. Then, they’ll taste each creation and assess it like a fine wine.

What you’ll need: A love of chocolate, and an ability to spot the tobacco, raisin and Giant Redwood notes.

We were going to go with ‘astronaut’, but thought we’d focus instead on something a little closer to home. As a launch controller, your team’s job is ensure that the rocket gets on its way on time, safely and successfully. You’ll be seated in mission control, where you might start the countdown that sends men and women into space. Nobody launches without your say-so.

What you’ll need: Degrees in everything from mathematics and physics, to computer science and engineering. Even the most junior staff on the launch control team are highly-skilled super brains.

A typical blockbuster movie has a team of writers, producers, crew, support staff and extras, and they’re all looking towards the director to tell them what to do. The movie set is a well-oiled machine of creativity and collaboration, and the director is the steering wheel. Can you imagine the sense of achievement and excitement when your movie finally comes to life? Awesome.

While they might not agree that it’s a job, if they make money doing it, we’re counting it as a profession. Artists who earn a living creating, aren’t just living the life, they’re shaping our entire society. It’s a controversial, often dangerous world to be in, but commit to it, and who knows where it’ll take you.

Necessary work, keeping one of the planet’s rarest and most temperamental animals alive, but someone has to do it. China’s panda breeders and play specialists are responsible for matching pandas together in the hopes of having them make baby pandas, and for helping to take care of new families.

What you’ll need: Most likely experience with other kinds of bears, and lots of experience as a veterinarian and/or zoologist. We’d imagine you’ll need to be a scientist of some description, as well.

OK, apart from the hundreds and hundreds of takes you’d have to do to get it just right, being a voice actor is pretty awesome. Your job is to give expression and emotion to a scene, or to an animated character, so being a voice actor requires enormous amounts of creative expression. You’ll need to be able to eek out the very best of your performance, to make your character believable. Hard work, but no doubt crazy fun, too.

Watch Tom Hanks and Tim Allen do Woody and Buzz in Toy Story 3:

What you’ll need: An expressive voice, and a lot of patience and creativity.

Whether it’s for National Geographic, Lonely Planet or some other major publication, getting paid to visit and then write about places is arguably one of the best jobs anyone can have. Sure, you live out of a suitcase, but if that’s your bag, there’s no better way to spend a good few years of your life.

All expenses paid trips to the most exciting and exotic places on the planet? Free food and hotels, and the chance to write as creatively as you like? Sounds good to us.

What you’ll need: Persistence, and the ability to cope with jet lag.

Some pro athletes get paid insane amounts, but let’s not forget, that a lot of pro athletes also work their asses off year-round for what often amounts to less than a second’s difference between glory and second place.

If you’re lucky enough to have some talent, and then willing enough to put in the effort to make a career out of it, then professional athlete is definitely one of the world’s most awesome jobs.